It took me almost 30 years to discover wine, and yet, it does seem to be a lengthy trail, which I suppose speaks more to my age than anything. Life is hard. But if life was easy, dead people would be doing it, right? Wine makes it better. 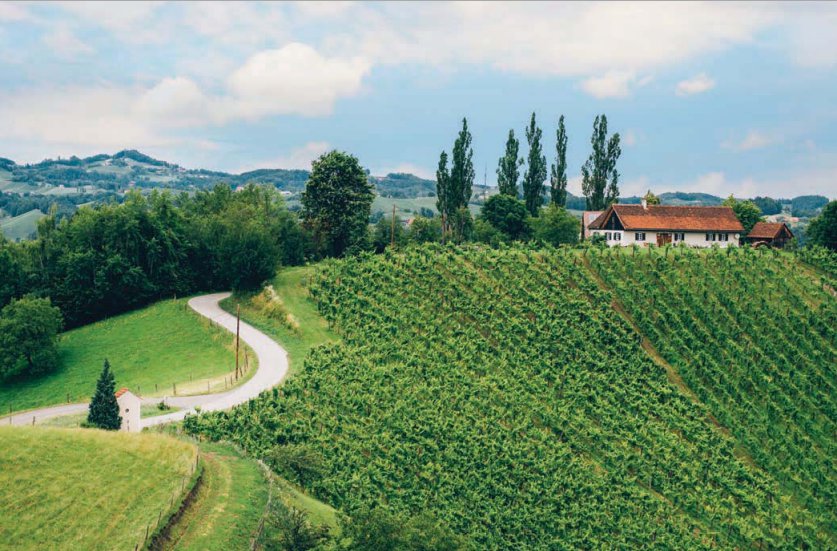 So many people I know started drinking wine in college with the ubiquitous likes of Boone’s Farm, Mateus and White Zinfandel. I guess I missed all that fun and took a different route. I did take an interest in wine a year before I actually tried it. Some thing about the allure of it beckoned to me. My first taste of wine was a glass of good California Cabernet, and I remember closing my eyes in awe of it after the first sip. A wine enthusiast was born.

Like a lot of passionate wine lovers, I bought a subscription to Wine Spectator magazine and would anxiously read it from cover to cover each month. I also bought Kevin Zraly’s Windows on the World Complete Wine Course. All these years later, it’s still my favorite wine book, and one I highly recommend for its ease of understanding.

California Cabernets were my first stop. They were usually big and robust but silky at the same time. From there, I ventured into Bordeaux wines, which back then were far more affordable than they have become. I learned that these wines were made mostly of Cabernet and Merlot with other varietals blended in, which made for an easy transition from the Cabernets and Merlots that I was used to. My most memorable experience as a new wine drinker was tasting the famed Chateaux Margaux ($80 back then but can be $1,000 or more today!) That’s when I knew I was in trouble.

During the 90s I was crazy about Australian Shiraz – which I discovered is simply the Australian name for Syrah. Spicy, rich and full-bodied, they were easy to like. I recently opened an old Shiraz from 1996 that was resting in my cellar for well over a decade gathering dust (and spiders). The wine was stunning. It was so good that I made a mental note to write the winemaker: “Dear winemaker – you done good!”

Further down the road, I became fascinated with the wines of Burgundy, France, which, along with the wines of Bordeaux, are widely considered to be the most famous on the planet. The neat thing about Burgundy is all the reds are 100 percent Pinot Noir and the whites (with rare exceptions) are 100 percent Chardonnay; what a discovery that was! I also learned that the hard-to-pronounce names on the labels are simply the names of towns or villages where the wines are made, but all are 100 percent Pinot Noir or Chardonnay. For instance, in my wine classes I show examples of red Burgundies such as Geverey Chambertin, Volnay and Nuits St. Georges. I explain to the group with this analogy, that they are like Coke, Pepsi and RC Cola. All are recognizable as colas, but with their own personality. I can almost see the proverbial light bulb going on! Pinot Noir is so food friendly. If you are in doubt about what wine to select with almost any dinner, Pinot is usually a good bet.

With stops along the way for German Riesling, Argentinian Malbec and New Zealand Pinots, I am mostly interested in Italian wines these days. For me, Italian wines are without question the most difficult to understand, with thousands of indigenous varieties of grapes – but I am enjoying that voyage. Overall, the wines of Italy are wonderful food companions and are usually lower in histamines and sulfites than many other world wines due to their largely organic growing practices (better for you, red wine headache people). You can tour Italy without a passport by trying several of their selections yourself from around the country.

All in all, I love how wine is always different and is always teaching me. To paraphrase our late, famous New Hampshire resident and poet Robert Frost: I took the road less travelled by (in wine) and that has made all the difference.

This article originally appeared in the October 2015 issue of Celebrate NH magazine.