Growing up in Michigan, Massachusetts, and Pennsylvania, Kendall-Jackson wine master Randy Ullom watched his father, an MIT grad and optical physicist who worked by day on secret government projects (such as camera systems for U2 planes and early spy satellites), make wine in the basement.

Young Randy found his father’s hobby “fun to watch,” but wasn’t bitten by the wine-making bug himself until many years later when he was college-aged and went skiing in Chile, where he ended up staying for three years.

Living in Santiago, Ullom learned about fine wines, and he sometimes helped out in his neighbor’s vineyards. “It was absolutely amazing,” he says, and “great to see this on a much bigger scale than what my father was doing in the basement.” He was smitten, but following a coup d’état, when, Ullom says, “I was lucky to not have gotten shot,” he knew it was time to leave.

Determined to have a career in the wine business, he earned a degree in viticulture and enology from Ohio State, and worked his way up the wine-world ladder, eventually landing at Sonoma County’s DeLoach Vineyards, where he stayed until the late Jess Jackson, founder of Kendall-Jackson, lured Ullom away in 1993.“Jess and I had a very similar taste profile and palate and concept of making wine,” Ullom says. The two also shared “the very same work ethic,” Ullom says. “I had no limits on what I would do, and [it was] the same with him.”

Jackson tasked Ullom with establishing and managing wineries around the world until 1997 when Jackson asked Ullom to be wine master at Kendall-Jackson. Ullom now oversees the entire Kendall-Jackson portfolio as well as the company’s operation in Chile.

Ullom also helps Kendall-Jackson’s vineyards remain certified sustainable through initiatives that include avoiding the use of harsh chemicals, adding organic matter to soils, investing in solar power, and water reduction.

“We’re big on trying to save water,” Ullom says, “because water will ultimately be more valuable than gold.” All of these efforts make Kendall-Jackson not just responsible stewards of the land, he notes, but a good neighbor.

Clearly, Kendall-Jackson is doing a lot of things right. Family owned and operated, the company’s Vintner’s Reserve Chardonnay has been the nation’s best-selling Chardonnay for 29 years and counting. Ullom attributes the wine’s long-term success to a variety of factors, including continuity of source: about 80-85% of the grapes that go into Vintner’s Reserve Chardonnay are grown in company-owned vineyards, he says, and the rest are supplied by third-party growers who enter three-plus-year contracts with a viticultural clause that details how vineyard work is to be accomplished. In addition, Kendall-Jackson co-owns a stave mill in France to ensure that the quality of their barrels is up to snuff. It allows them to develop robust barrel programs based on specific forest and tree sourcing, resulting in the best oak and coopering techniques, such as various toasting regimens.

In addition, “we keep fine-tuning our techniques,” Ullom says. “Every year we do a minute, teeny little things to make [the wine] better. If you tasted today’s wine vs. one from five or 10 years ago, you could probably tell the difference, but we don’t want to make any radical differences year in and year out . . . because [consumers] love the style, they love the fruit-forwardness of the wine,” which comes, he says, from the company’s coastal vineyards in California. “You don’t get that anywhere else.”

Although Kendall-Jackson is not a small wine producer, the company approaches winemaking with a boutique philosophy, Ullom says.

The winery barrel ferments every drop of its signature Vintner’s Reserve Chardonnay, an unprecedented commitment to quality for a wine of considerable size. Additionally, Ullom tastes more than 1,000 different barrel samples during the winemaking process to ensure excellence. “You don’t need a Ph.D. to understand or enjoy” Kendall-Jackson wine he says; it’s a full-on sensory experience. When you pour a glass of Vintner’s Reserve Chardonnay, for example, you’ll see that it’s golden and brilliantly clear. You’ll smell aromatics from the different regions where Kendall-Jackson grapes grow—crisp green apple tones from Mendocino, hints of lemon and lime from Monterey, touches of pineapple, mango, and papaya from Santa Barbara. A kiss of butter and toasty oak will carry through to your palate, and you’ll taste the silky essence that Kendall-Jackson’s barrel fermenting creates.

One of Ullom’s primary goals as a winemaker is “to create attainable luxury that brings enjoyment.” No doubt many would agree that Ullom has achieved that. Kendall-Jackson produces wine with the same ultra-high-end approach that a small winemaker in Burgundy, France would use, Ullom says, but Kendall-Jackson gives consumers “this amazing wine” at a fraction of the price. And for more than a quarter of a century, Randy Ullom and Kendall-Jackson have proven that they can consistently repeat the process and the result.

Some wine drinkers don’t care for wines that are overly oaky. Kendall-Jackson has never been heavy-handed with oak, wine master Randy Ullom says, but for those who prefer wine that is “a little leaner, a little crisper,” the company created Avant Unoaked Chardonnay, which is 100% stainless-steel fermented. “We really figured out how to maintain and get that linear crispness from the stainless ferment and then soften it without the use of barrels,” Ullom says.

Looking for ways to serve up Kendall-Jackson wine with Easter or other springtime meals? Pair shellfish, ideally Dungeness crab or lobster, with Kendall-Jackson Chardonnay, especially Vintner’s Reserve, Ullom says, and you’ll taste “a match made in heaven.” In particular, “the richness of lobster just goes so well with the light buttery-ness and the richness of the Chardonnay. I mean, that’s a synergistic moment. It’s not just one and one equals two; it’s one and one equals three!”

If you’re not a seafood eater, or perhaps want to serve ham on Easter, don’t hesitate to put Kendall-Jackson Chardonnay on the table, Ullom says. “I challenge anyone to drink our Chardonnay with any meat. This is a powerful wine. It’ll surprise you.”

Connect with the Tasting Room at NH Liquor & Wine Outlet for other pairing ideas and more from Kendall-Jackson and Randy Ullom. 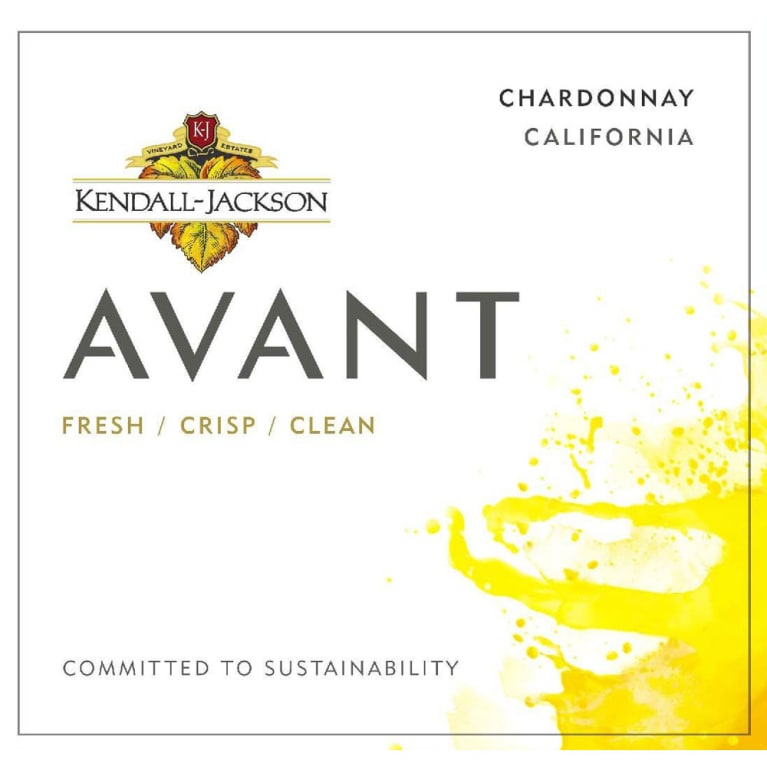 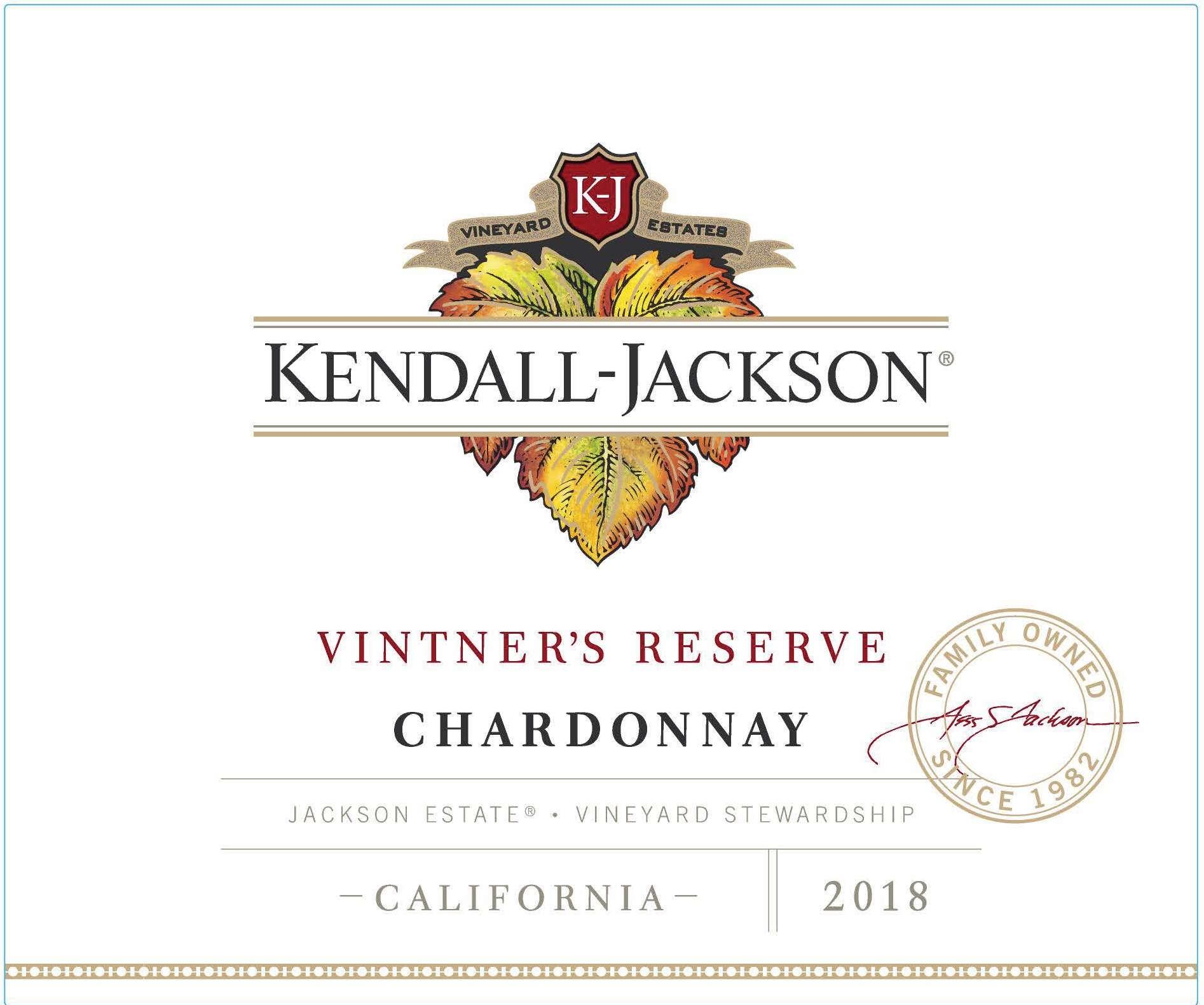 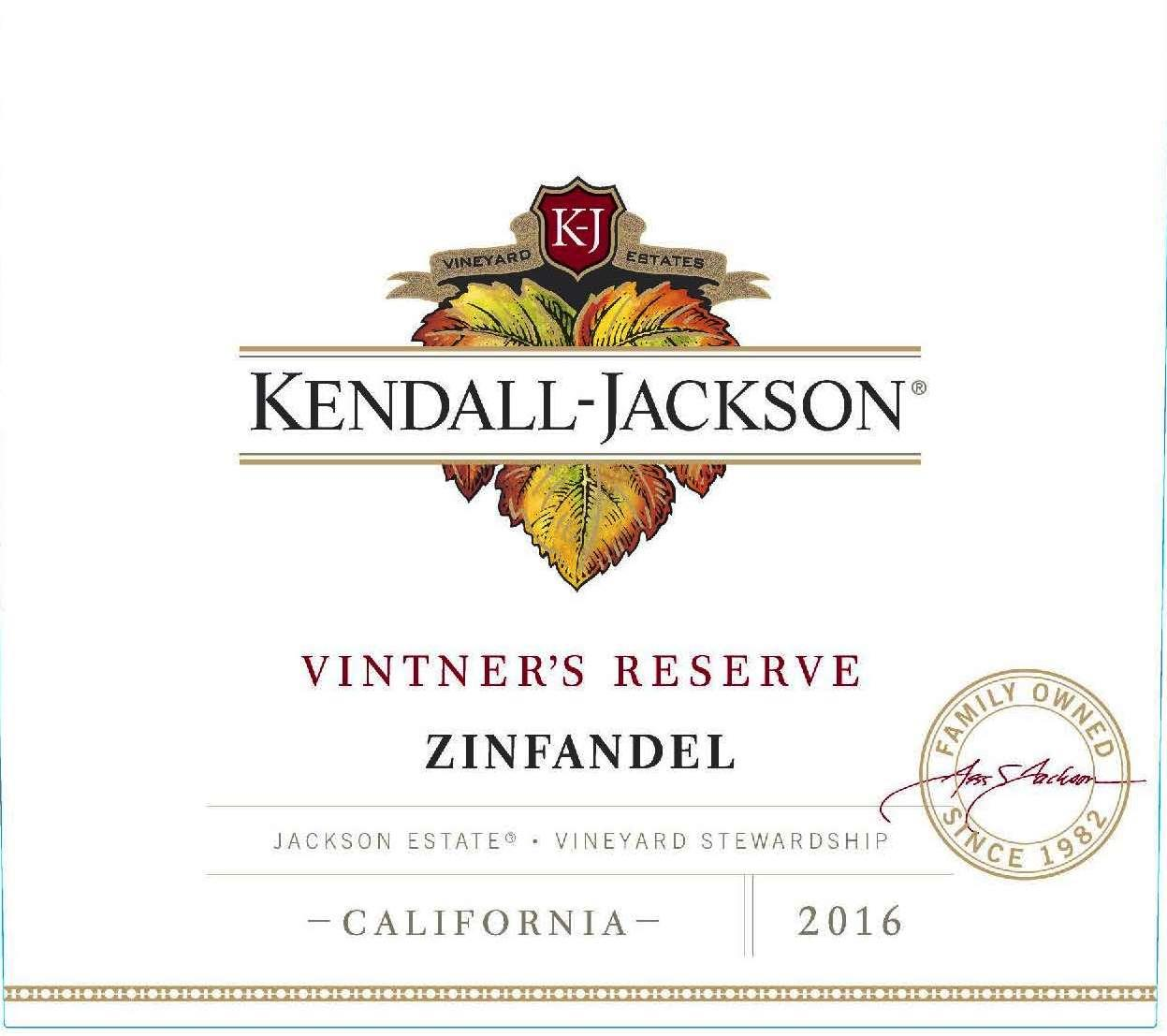 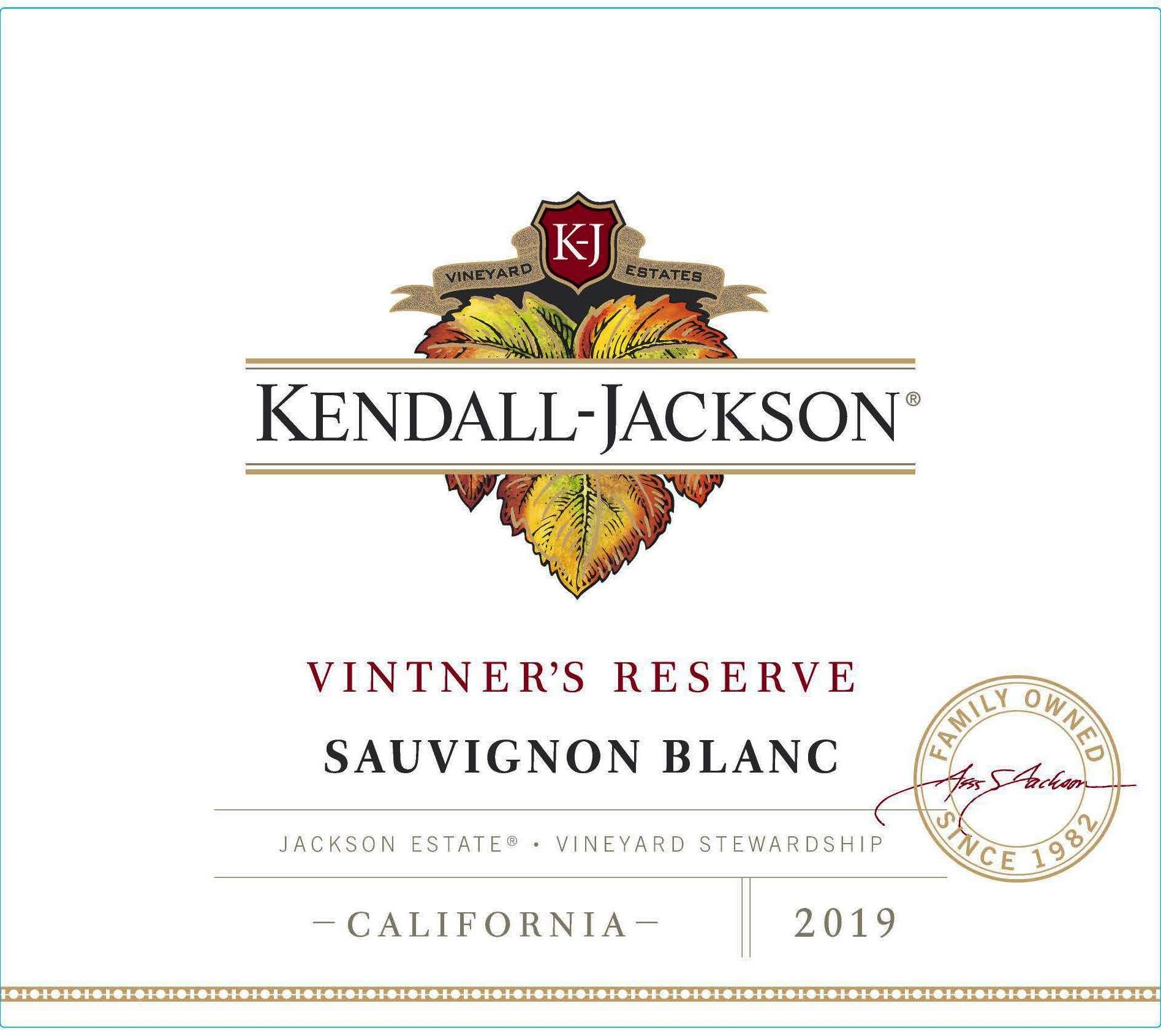 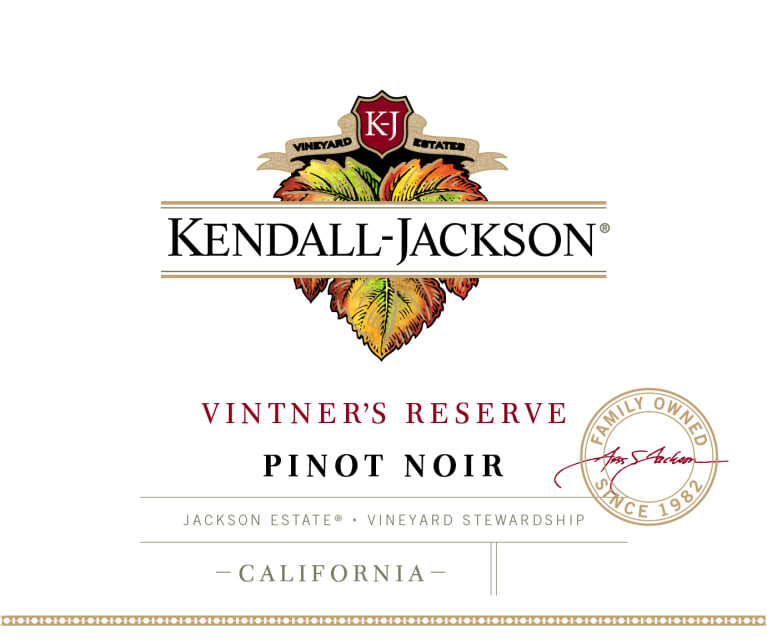 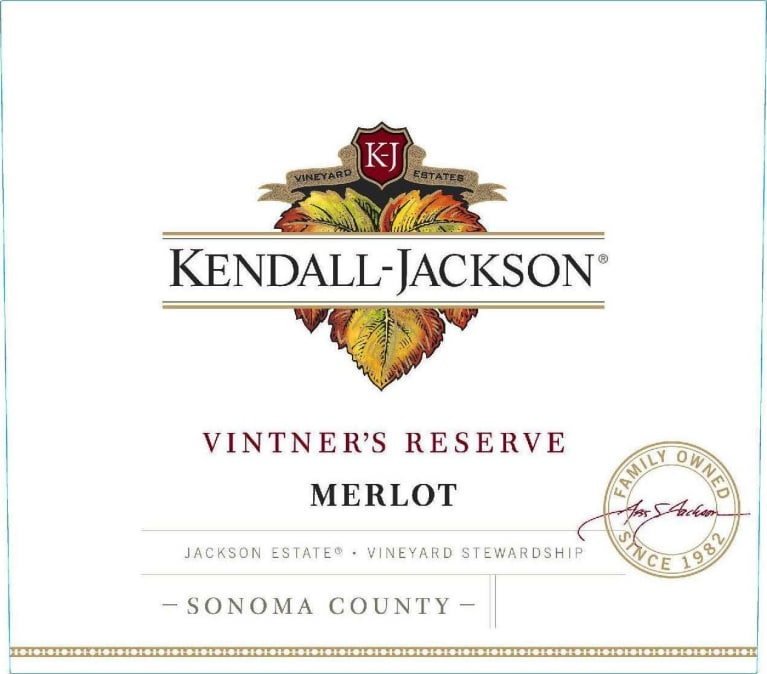 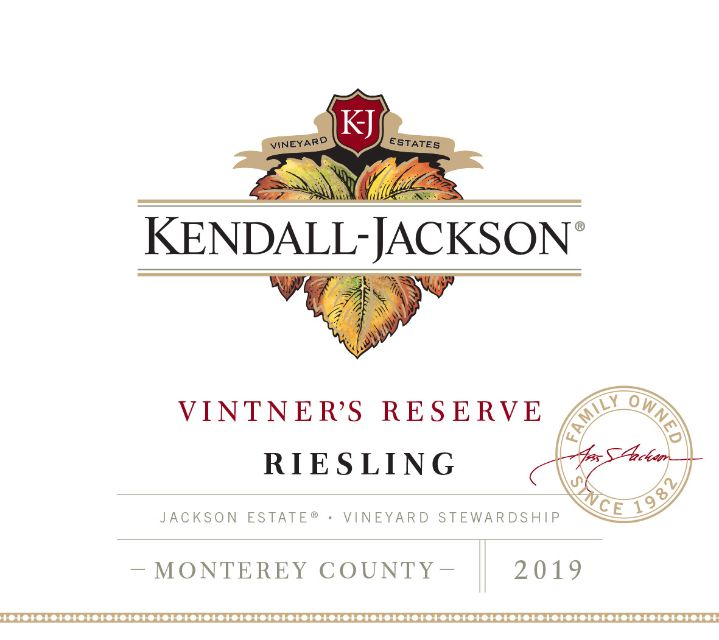 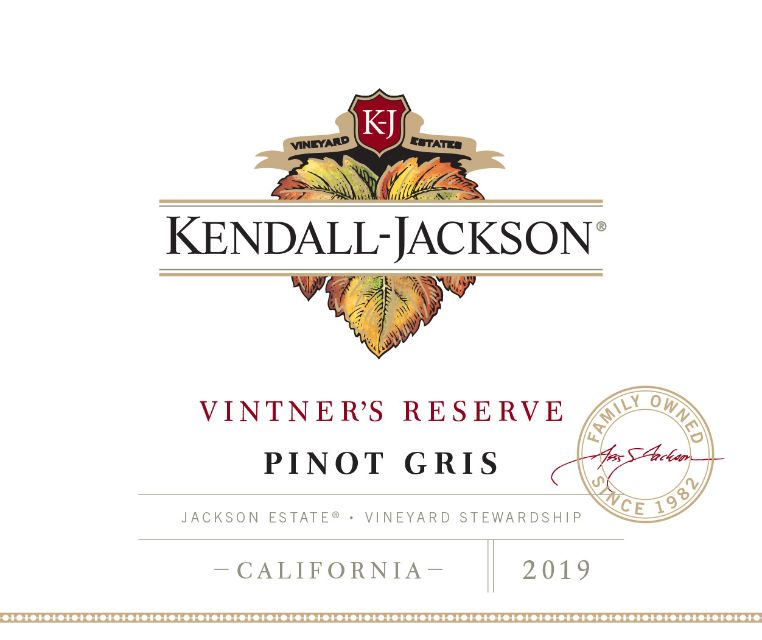 Whiskey Runs in the Veins of the Nelson Brothers

BY BEN BEDDOW In 1850, Charles Nelson’s family left Germany in search of a better life in America. But during their journey across the Atlantic, Charles’ father was swept...

Know your wine and spirit glasses

How many types of wine and spirit glasses can you name? Is there a reason a glass has a large bowl or small mouth, or is the shape simply...

BY BEN BEDDOW Robert Mondavi was a pioneer and innovator in the world of Californian wine—indeed, in American wine too. He single-handedly put Napa Valley on the world wine...

Running low on gift ideas? Need a dinner or party host gift? Want to have something on hand “just in case”? New Hampshire Liquor & Wine Outlet is here...
Our monthly Email Extras is one of the best ways to get exclusive savings on your favorite wines and spirits. Just enter your email address below!