One of Guillaume Touton’s earliest memories of growing up in the Bordeaux region of France is from circa 1960, when he crushed grapes the old-fashioned way. “I remember very, very clearly during the harvest when I was five or six years old crushing the wine like we used to do many, many, many generations ago, with bare feet,” says Touton, founder of Monsieur Touton Selection, Ltd. “That’s one of the fond memories I have, and I think that was my first memory of during the harvest.”

Touton’s grandfather was a lawyer in Bordeaux who owned a vineyard about 30 minutes from downtown Bordeaux, but Touton’s father, a prominent wine broker, is the one who really taught Touton about the wine business. “A wine broker is sort of like a real-estate broker,” Touton explains, “but works between vineyards and the shippers.” For 44 years, Touton’s dad kept a large office in downtown Bordeaux, and his no-nonsense personality played a large role in Touton’s life.

This was particularly apparent when Touton’s academics were discussed. “I’d never been a good student,” Touton says. “I was the naughty boy in the family, and I was kicked out of five or six different schools in Bordeaux. I never really liked school.” When the last school gave him the boot, Touton was 15 years old. “My poor parents were desperate, thinking, ‘Our son is going to be a complete loser.’”

His father decided to bring the young Touton to work with him. “So, I started at [my father’s] business to learn the wine business when I was not even 16,” Touton says. “It was a revelation for me not to be sitting at a desk to listen to a teacher teach mathematics or physics or things that you don’t want to listen to. I learned how to deal, how to buy, how to taste wine, how to select, to negotiate price.” When Touton turned 18, he got his own “little car” and was able to go to the vineyards by himself. “That’s the way I started,” he says.

A couple of years later, Touton was ready to prove that he could succeed on his own. Using connections he’d already made, he secured a job as a wine salesman for Seagram’s in Quebec. The French-speaking province of Canada was an ideal location because Touton spoke no English at the time. He spent the next six years there, until he moved to NY and started his own company by cold-calling potential customers—an experience that did provide him with customers but also gave him a crash course in English.

Today, the small import and wholesale business Touton founded 36 years ago has flourished to become a global resource for premium wines and spirits that are sourced from more than 20 countries. Last year, Monsieur Touton Selection, Ltd. sold 1.5 million cases, with revenues of nearly $200 million. It employs more than 300 people and is still growing, Touton says.

Touton is very familiar with New Hampshire, having traveled here many times for business as well as for pleasure, sometimes en route to Montreal or NYC. “The best compliment I can give is to tell you I have a lot of friends in Montreal who come to see me in NY, [or did] before COVID. When they drive back to Quebec,… they always stop at NH Liquor & Wine stores to buy the maximum bottles of wine they can buy because they are much more competitively priced than they are in Canada.”

Decades later, at the age of 66, the man who cherishes the memory of crushing grapes with his feet as a little boy still loves to work with wine. “People ask [if I’m going to] retire,” he says. “I think obviously, of course, it’s going to happen one day. But when you enjoy very much what you’re doing, when every single day is something new, something different, when you’ve built new ideas, you’ve built new brands, and you like the people you’re working with very much… and you make money—what’s wrong? There’s no way to complain. But one day of course, yes, I will go back to Bordeaux.”

Whether you plan to make ham, lamb or go all veggie this Easter, we have created a list of wines you will enjoy for brunch, lunch, or dinner this...

Growing up in Michigan, Massachusetts, and Pennsylvania, Randy Ullom watched his father, an MIT grad and optical physicist who worked by day on secret government projects (such as camera...

During these still troubled times, we may not be able to travel to Europe, but we can bring Europe to us with our European STAYCATION Sale and save 15%...

Our last 90 Days Around the World Event took place on Friday night, and as sad as we are that our nightly events have come to a close, we...
Our monthly Email Extras is one of the best ways to get exclusive savings on your favorite wines and spirits. Just enter your email address below!
Follow us to stay up to date on news, deals, giveaways and more!
Tweets by The Tasting Room 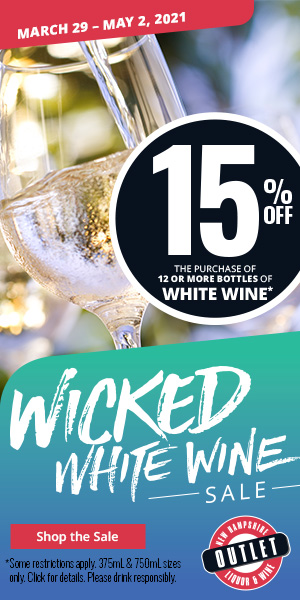