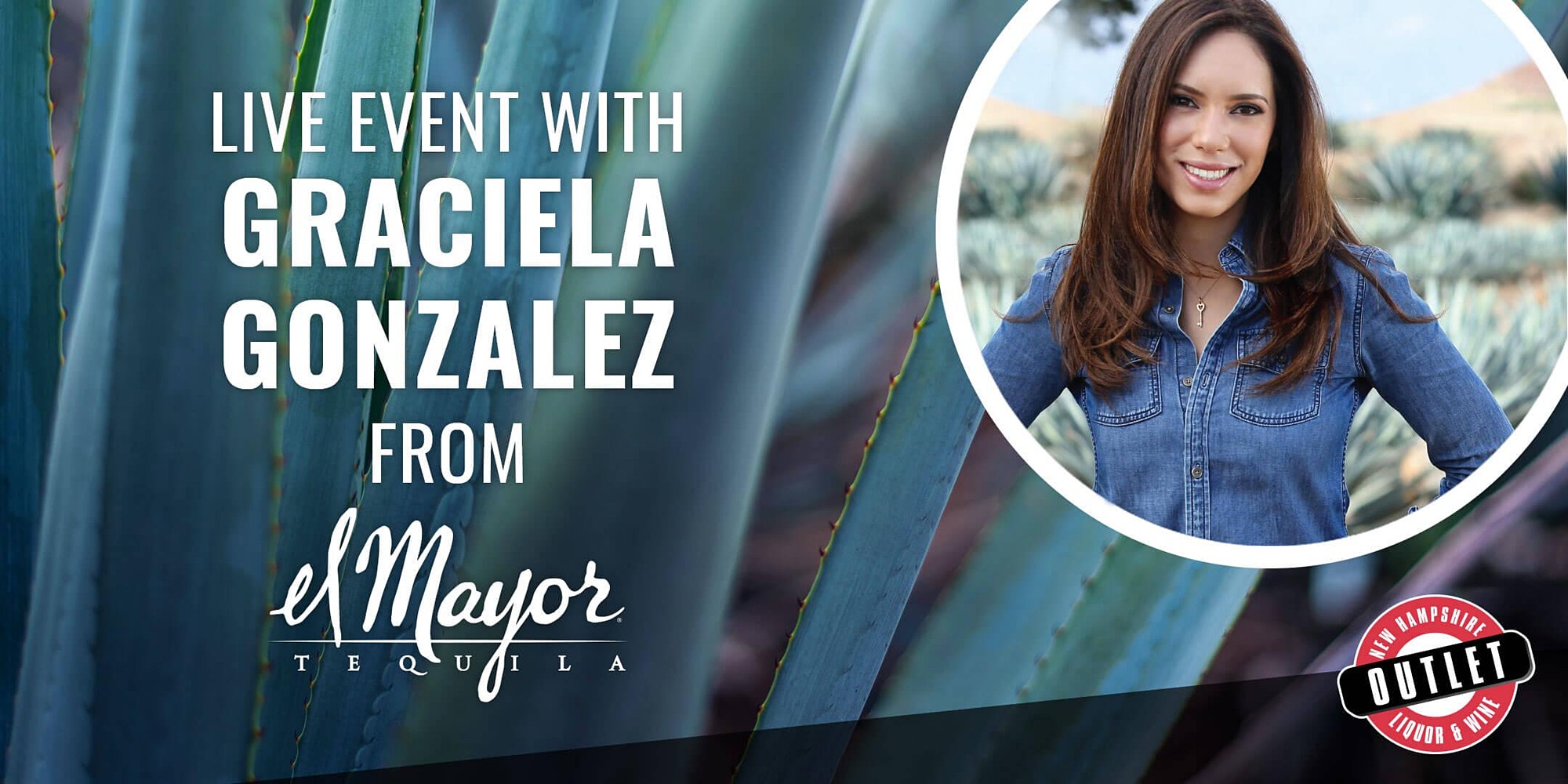 In honor of Women’s History Month, the NH Liquor & Wine Outlets are proud to bring you a series of webinars with women-owned and women-run wineries and distilleries that we carry in our stores.

Join us on 3/15 for a conversation with Graciela Gonzalez, as she shares the history of El Mayor, her role as Brand Ambassador, as well as some new changes coming to the distillery. During this hour long event, Graciela will also be tasting four of El Mayor’s most popular products including:

Don’t have Zoom? Watch live on Facebook at: https://www.facebook.com/nhliquorwine/live